First of all, I think the prefix "mega" is unnecessary and has done harm to the artform of what I'll call instead a tentpole dungeon. It conjures images of 600 page tomes with long room keys that are off-putting to read and play. What we call megadungeons used to just simply be referred to as "dungeons", a setting for a campaign which, due to its ever-changing and expanding nature, holds capacity for infinite play.

Making one of these is much easier than it sounds, and is not too distinct from the kind of worldbuilding most GMs do now. Instead of putting everything above ground, put it underground into a dungeon. If you have a city, make it take up 3 big dungeon rooms instead. Draw 5 rooms, give it a theme, and you've got a quarter of a level or a sublevel. Making and running a megadungeon is easy.

I don't know where I read this but there's an observation that the term "Dungeon Master" exists because, in the early days of the hobby, it meant what it says on the tin: Gygax had Castle Gygax, Arneson had Blackmoor, every Dungeon Master had a unique, personal dungeon that was theirs, that they were master of. To be a Dungeon Master is to create your dungeon.

This isn't much of a post by me about megadungeons, though, as it is a curation of my favourite OSR content that addresses megadungeons.

The first and most important is the first three pages of 0e vol 3 (the rest of vol 3 as well as the DM sections in B/X are also indispensable though). 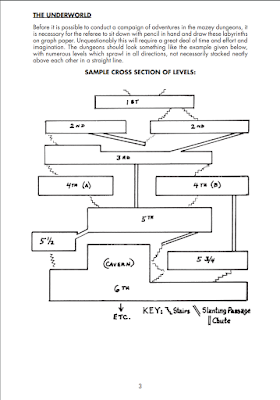 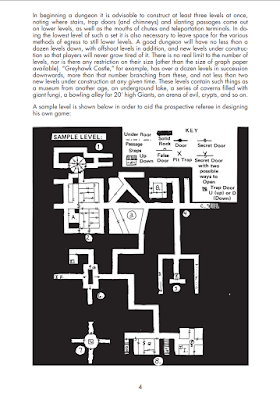 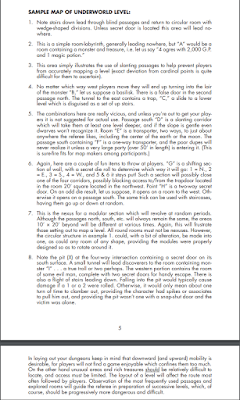 Necropraxis linking posts by Nick Whelan and Nate L on how they designed their megadungeons. Probably the best practical advice beyond what you'll find in 0e and B/X.
Greyhawk Grognard in conversation with James Mal. on the "publishability" of megadungeons.
Wayne R. on the merits of designing your own megadungeon.
Michael Curtis on the centrality of the dungeon as the primal heart of D&D.
Week 3 of the Gygax 75 Challenge.
Gus L on Dungeon Design Basics.
Justin Alexander on Jaquaying your dungeon i.e. turning them into complex and dynamic environments which allow exploration.
Justin Alexander on keying the dungeon.
I'm posting Ben Milton's review of Courtney Campbell's Megadungeon zines because I think they're a useful resource but can not personally endorse purchasing Courtney's works because of his views and associations. I also think the way Ben phrases some points here are also worthwhile, notably

Edit: I've decided to add the most relevant quote from Megadungeon here.

If you run a megadungeon campaign like an adventure path, then it immedi-
ately becomes a tedious slog of combat after combat. If you try to run it like a
sandbox, the structure of the megadungeon itself works against you. Not only
can you not see the other areas of the sandbox, most other actors within the
dungeon have plans who's scope likely excludes the characters. Who cares
what happens into the depths, when they are trapped in the mythic under-
world? Megadungeons are not designed to facilitate player driven goals that
are necessary for a sandbox to function.

There are elements of strong game structure in megadungeons, particularly
revolving around encumbrance, time and light, movement and vision. These
don't make any sense in adventure paths and are frequently less useful in
sandbox games.

These are important because they provide weight to the idea of the Megadun-
geon as an inimical place. If you go 120' forward, You've caused a hazard die
roll and resources available have decreased. Every step has a cost, and trying
to get something—anything!— of value out this place is hard, because it pulls on
you, weighing you down, refusing to let you leave.

It makes it mean something to the players. Territory explored is not only
revealing the map; it's gained knowledge, that allows you to descend deeper in
the depths of the mythic unknown. It is compiling this knowledge that empowers
the player to engage in every more risky challenges in the depths.

Megadungeons are mostly empty, because they are a stage.

And us, the players.

It must serve three functions. It must obstruct and confuse characters in a way
that challenges the player, it must be mostly empty so it can hold the emergent
drama between players and dungeon actors while exploring, and it must
contain treasure at intervals to provoke a reward response in players.

What happens is that while the players explore, they quickly become aware of
other groups of monsters or players that are moving through the same dungeon
area as they are. Most are not immediately hostile, but everyone in the
dungeon is an opportunist. Fights against equally powerful non-player charac-
ter parties are often fatal, but after they've fought a manticore, it might be a
different story. It's likely they think the same about you. These relationships and
rivalries persist from session to session. It is a sea filled with pirates and sharks.
And since the door only opens once each week, you're stuck dealing with who
you run into this session, while you're trying to accomplish your goal, meaning
things usually go one way. . . or the other.

Sometimes, there are dragons.

Have you ever been hunted as a mouse? If your character survives to tell the
tale, it will be memorable. If they could slay such a beast? Unforgettable.
So, no. Not like a sandbox or adventure path. Yes, more focused on some
unusual rules. More like an emergent adventure that challenges the player
themselves. A fun game to play with a rotating group of friends. Friendly rivalry.
Sort of like a party game with dares. You know—a Megadungeon!

"We men dream dreams, we work magic, we do good, we do evil. The dragons do not dream. They are dreams. They do not work magic: it is their substance, their being. They do not do; they are."
-Ursula K. Le Guin, The Farthest Shore