I am overdue to reply to Josh for an answer to this question by almost a fortnight.

That is a good breakdown. I remember some of that from your blog posts.

Something I worried about in the initial scrap of the idea in this thread is that asymmetric systems would make play entirely focused on one PC while the other PCs were bored.

Any advice on that?

This is something I began thinking about explicitly after Prismatic Wasteland wrote their post on freeform spell systems. There were a number of reactions to that post about how people feared it would take up too much time, be too complex, and drag the game to a halt as it focused on one player as they had to navigate a subsystem individually; my lockpicking system I think also received a similar critique, with someone commenting that it seemed boring for other players at the table as they had to wait for one person to make a bunch of decisions. People made references to a lot of things like Shadowrun's Decker system or DCC's spell lists/mishaps that had caused similar experiences.

This was honestly pretty surprising to me because in about half a decade of playing with freeform spell systems and my lockpicking subsystem and all other varied manner of subsystems, I had never run into this problem before. What was the difference? I have an anecdote that I think might be pretty illustrative.

A few years ago in a session I ran, the party was at a masquerade held by some fucked up nobles and one of the characters was manoeuvred by one of the NPCs into playing a game of chess with slaves as the pieces (a piece that was "taken" involved the actual person being killed). We busted out an actual chess board to play out the scene, and despite the fact that this was supposed to be a fairly emotionally charged moment, it completely drained the energy out of the room: me and the player I was playing chess against stayed at the table, along with two folks who spectated and occasionally gave suggestions for moves, while everyone else dissipated to grab snacks, go to the bathrooms, chat in the hallway, etc. until we resumed normal play.

Then, about a year ago, when I was running Tower of the Stargazer for my new group, I noticed there was a room in which a ghost challenges a player to a game that the group is supposed to actually play out, with the text suggesting chess. Having read reviews of the module I'd noted that other people had shared my experience bringing chess into a D&D session, with this particular choice in the module being pretty widely acknowledged to not lead to a fun time. I decided to swap it out for Connect Four and set up a room in which all the other players could spectate (this was an online game). The resultant game of Connect Four, which involved every other player commenting with suggestions for next moves and pointing out where I was setting up, ended up being one of the most tense and hype moments of the campaign thus far. Essentially I ended up playing a 5 v 1 game of Connect Four, but the resulting player engagement was super high. 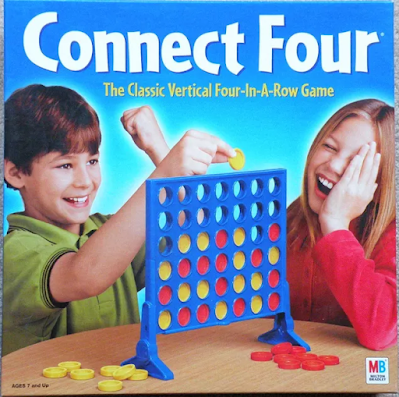 Of course, the difference between the two situations was the level of "backseat participation" they allowed for. This, I think, is the main difference between subsystems like freeform spells or my lockpicking minigame vs the Decker problem in Shadowrun or the huge spell tables in DCC. The latter involve a player looking up a bunch of things and rolling a bunch of dice on their own. By comparison, the individual subsystems that the Archetypes in Errant have are all quite mechanically straightforward: all they involve is choosing how many of a particular resource (in the case of the Deviant or the Zealot, with Jettons/Favour) or which one of a particular resource (in the case of the Violent and the Occult, with Feats and Sorceries) they want to use, and then making basically one roll. In that sense they all share a similar structure, which helps to offset the complexity of having asymmetrical subsystems.

The difference mostly comes about in terms of the effects that these subsystems have and the kinds of parameters they define for the players to define those effects, all of which are incomparable across each other. And when it comes to the subsystems which have freeform effects (within certain parameters) like those of the Deviant and the Zealot, I find that often times everyone at the table is participating actively in terms of making suggestions of what kind of Miracles the Zealot could perform or what Wagers thee Deviant could be making. All in all, the amount of time spent negotiating these effects is probably as long as it would take to look up a spell or an effect in a book, but that time is spent actively talking and engaged at the table. It also helps that this process is basically congruent with the basic procedure of the game, which is "talk about ways resources can be leveraged for solutions, use those resources, and then maybe make a roll." Freeform effects like these aren't dissimilar from the way items are used in OSR games, where they don't have defined effects but instead have any number of potential creative applications they could be put towards.

In the case of subsystems where options are defined, like those of the Violent or Occult, or even things like the lockpicking systems, I find that the collaborative dynamic of the whole table contributing potential options persists. When someone is picking a lock and a player declares their next move is going to be a Tap, after I say whether or not that move is successful I've noted that everyone else at the table usually chimes in to point out what the next moves could be, like "Oh, so the next move is either Twist or Turn," or "oh then it has to be Twist since Turn failed." I think what helps in these cases is that, like Connect Four, these subsystems present a number of finite states with the available choices transparently arising from those (e.g. in the case of the lockpicking system, there's three moves, three actions that need to be taken, and no two actions can use the same move in a row).

In take away, that's my solution for maintaining player engagement even while dealing with a number of asymmetrical subsystems: keep "backseat" engagement high. I do this by either using systems that employ free-form prompts (within certain parameters) or finite states, while keeping the actual "mechanical" overhead (in terms of discrete dice rolls or operations that have to be performed) low. It helps when these subsystems can be integrated into the normal procedure of play (in OSR games "inform > talk > decision > roll; Slayers does a similar thing wherein every class has a unique subsystem for player but everything hinges off a core mechanic of "4+ on a dice roll is a success"). Of course, the corollary of this is that its incumbent on the group to create a table culture that encourages active participation and collaboration in terms of brainstorming problem solving so that these subsystems continue as an extension of that, and you want to be wary of the tipping point where "backseat participation" turns into "backseat gaming" which generally isn't fun for anyone.